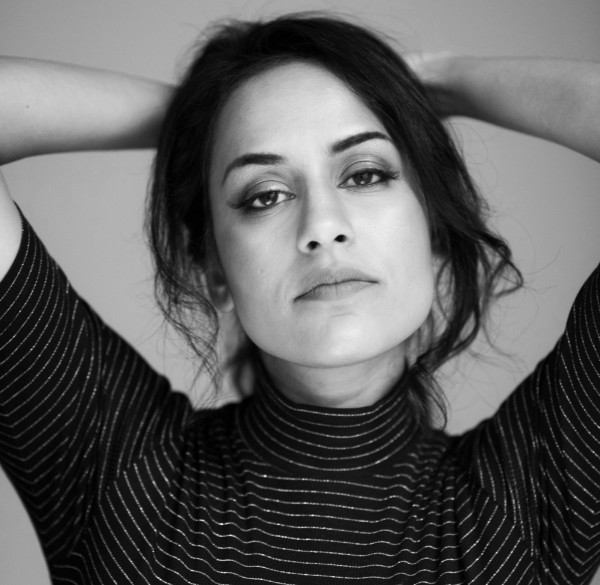 Meet Agam Darshi. This talented award winning actor wears many hats, including that of Director, Producer, Storyteller and Momma of twins. She has been a professional actor for over fifteen years, working internationally and garnering numerous awards. Agam recently won her third Leo Award and has starred in numerous TV series such as PLAYED (CTV), SANCTUARY (SYFY) and DAN FOR MAYOR (CTV). She was also a lead in Emmy-winner Jason Katims’ pilot COUNTY (NBC) and worked alongside Carrie Anne Moss in the pilot NORMAL (LIFETIME). Most recently Agam Darshi is recurring in YOU ME HER (DIRECT TV), and the GOOD DOCTOR (ABC). Agam is also the co-founder of the INTERNATIONAL SOUTH ASIAN FILM FESTIVAL (VISAFF). 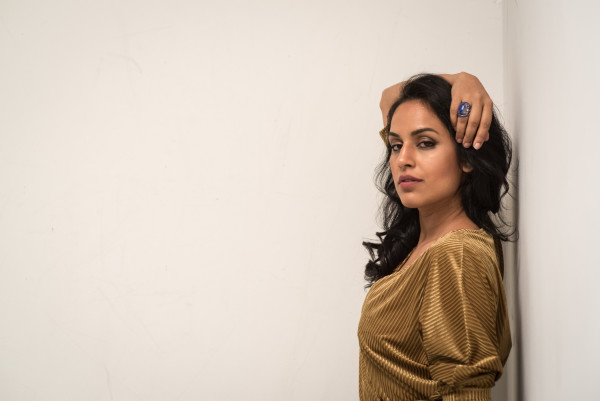 Tell us about your career journey? How did you get involved in your industry?

I have a degree in visual arts with a focus in photography and a minor in theatre from the University of Calgary. I have always loved acting, but never believed it could be my profession. When I moved to Vancouver from Calgary I had an old teacher who encouraged me to get an agent. I figured if I could make a living as a photographer, doing experimental theatre on the side and then book a few commercials for extra money I’d be happy. But I ended up booking my very first TV audition with a recurring role on a series that was shot in Regina, Saskatchewan. A few months later I was being flown to LA to test for an ABC show. Everything happened really fast, and before I knew it I quit my job at the graphic design firm and I was acting full time. 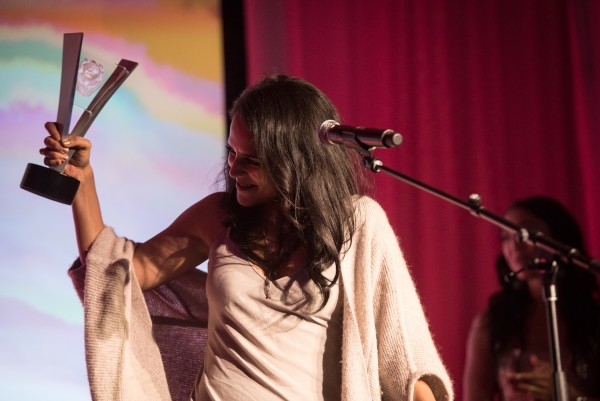 What is the hardest challenge you have come up against in your personal/professional life? What was your biggest lesson learned?

Wow good question. My hardest challenge…there has been a lot of them…but I think it has to do with learning and discovering my true inner confidence. This is a never ending discovery for me. I’m still learning how to authentically love who I AM. But it has taken years and some hard lessons to realize that entitlement and insecurity are just the ego on opposite extremes. Confidence sits in the middle and underneath those two markers where you have faith in yourself, but you know that no one owes you anything, and that in a moment the tables can turn and the great streak of luck you were on can easily turn into an uphill climb. That’s the nature of this film industry and it is most certainly the nature of life. 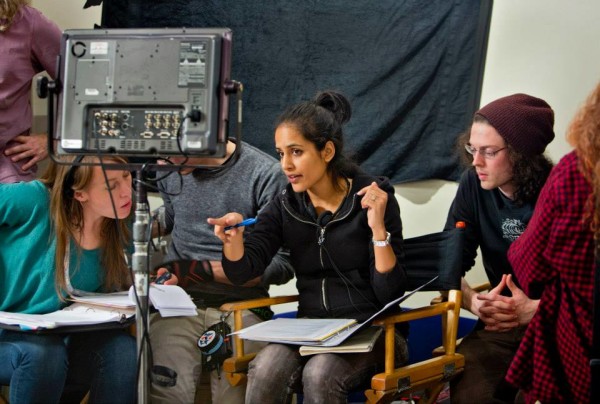 What advice would you give young South Asian women wanting to do what you do?

The biggest thing I would say, is be THE best actor as you can possibly be, and then learn to produce, learn to write and learn to direct. The more hats you can wear, the more content you can create for yourself, the better off you’ll be. Maybe you will be one of those people who books tons of roles and gets paid well being a professional actor. Or maybe you’re one of those people who creates their own roles and then gets paid while creating and acting. There is no right way. Everyone has a different path. You have to discover what is best for you. Also as a woman of color it’s incredible to see how much more diversity there is in the industry, but let’s also stay real and understand there is still a long a way to go. So you have to be THE BEST. You have to work hard. You have to put everything you got into an audition, or the film you’re making, so the powers that be don’t have any excuse not to hire you, not to nominate you and not to screen your movie. 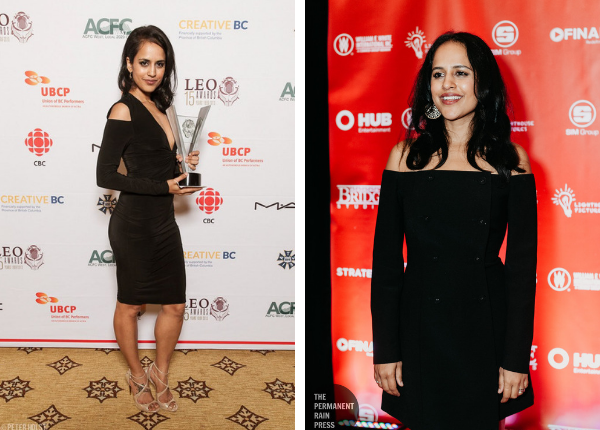 What do you do to help South Asian women feel empowered?

Women empowering women. Those are strong words. I think judgement is an evil, harmful force that lives inside all of us and turns itself on ourselves and each other. I think you can only really empower another woman if you eliminate that judgement from your heart towards yourself and towards others. Just by eliminating that judgmental energy and replacing it with kindness, curiosity and eventually love, you will create an environment for women to thrive.

The way I empower women, is in a few different ways. I love collaborating. I co-founded VISAFF with Patricia Isaac over ten years ago because I was passionate about South Asian stories and wanted to see them in the mainstream. It wasn’t a women’s platform but we were two women creating a community and surrounding ourselves with strong creative women. I also love to teach. I’ve mentored and have taught women in the past and find it valuable to share my time and what I know of the industry with them. But most of all I think the best way I serve is by writing compelling, strong, smart, flawed, 3 dimensional (usually but not limited to South Asian) women in my scripts, and sharing their stories with the world. If you could tell your teenage self something, what would it be?

Oh man…  I would tell my teenage self, to fall head over heals in love with the most authentic, honest parts of herself, as soon as possible. I would also tell her to keep writing as much as possible and to not take any of her life for granted. And that her instincts have always been spot on, so never doubt herself. Oh and be kind to her hair. 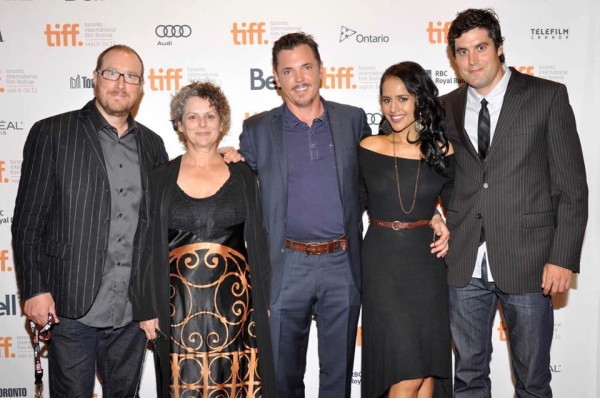 Besides your work, what are you passionate about?

Besides my work, I’m passionate about my family, travelling, and well being.

Where can one find you on your days off?

What’s a day off? Ha! I am better at creating balance than I used to be, but I do love to work. But a day off, usually includes going for a run or a hike. Being with my kids, being at home, cooking. 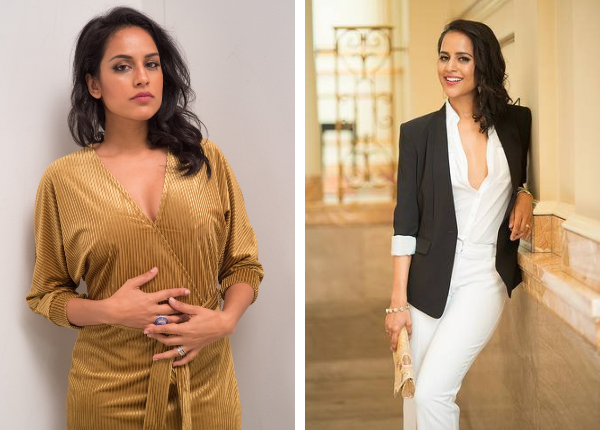 How do you balance work, life, family?

It’s really hard to balance work life and family life, I’ll be honest. As an actor the beauty is that you can have lots of time when you don’t work, and you can spend it with family. I’d like to think that my boys have really benefited by having both my husband and me around a lot over the last three years, since we have such unconventional jobs. But when I’m in work mode, it’s full on. Since my husband is also an actor, if one of us is really busy working, the other one will be at home on kids duty, and then we switch off. We have lots of help from family which we are aware is very very lucky.  I think ultimately having a very supportive partner, and finding out of the box ways to spend time with my family has been the key to creating balance in my life.